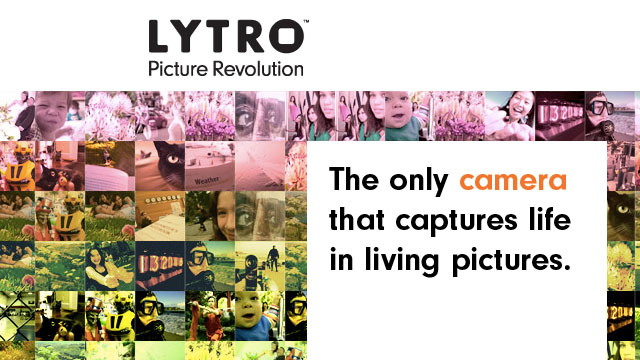 Lytro is a new camera technology. "Shoot now, focus later and experience living pictures with Lytro". Find out more in this AllThingsD article on Lytro.

Inevitably for a 2011 product Lytro includes novelty elements of 3D, but it's the "light field" technology that has really got people talking.

"Light field technology was developed back in the 1990s, but initially required 100 cameras attached to a supercomputer. During his graduate studies at Stanford in the mid-2000s, Ng looked at how the technology could be both miniaturized and commercialized. After graduating, he founded the company now known as Lytro..."

There website has a few interactive Flash based examples of the effect. Are machines taking away unique human talents? Scary thought, but it will be a long time before creativity can be mimicked. Photographers have nothing to fear yet...