A look inside the magnificent Designing Obama Book. 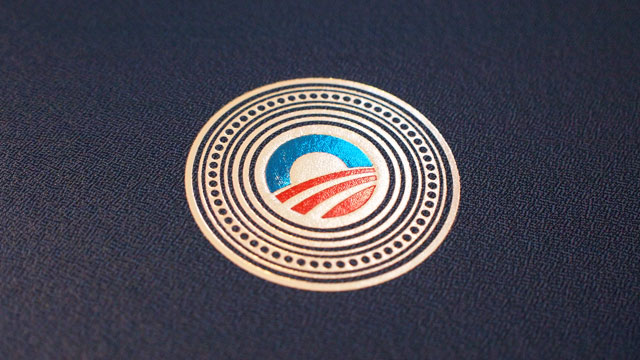 After a successful KickStarter fund raising campaign the Designing Obama book was printed, packed and shipped last week. It arrived at my office today and it truly is a magnificent book capturing the design of a revolutionary political campaign.

The Obama presidential campaign was innovative. For the first time in American politics, a candidate used art and design to bring together the American people—capturing their voices in a visual way. 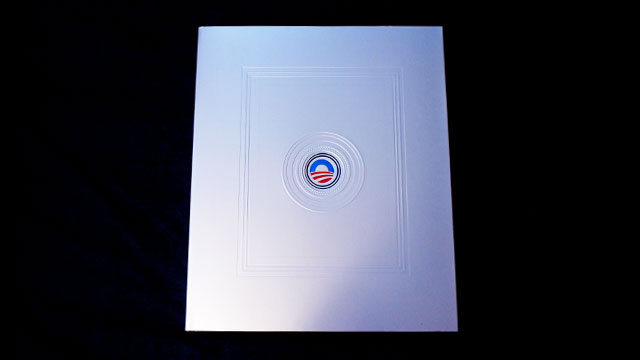 The book sits in a white, silver or gold sleeve that is embossed & die-cut revealing the Obama campaign logo underneath. The logo is foil blocked onto a beautiful navy-blue silk. The print quality inside is outstanding.

The Design Director of the Obama campaign, Scott Thomas, has collaborated with artists and designers to create Designing Obama, a chronicle of the art from the historic campaign. Get the inside story on how design was used by the campaign, and scope out the pieces, created unofficially, by grassroots supporters.

The 360-page book is full-color and hardbound, highly crafted with an embossed sleeve. Forewords written by Steven Heller and Michael Bierut. 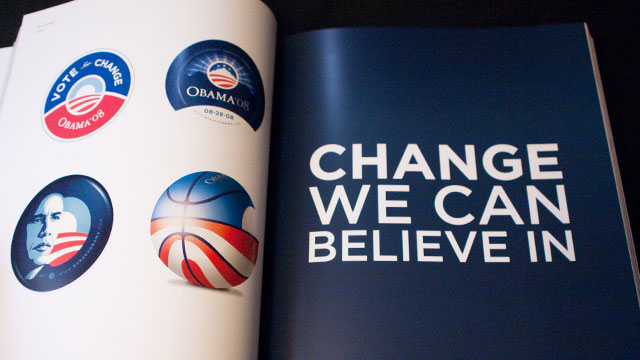 The content of the book follow the campaigns design process from the initial challenge to the ideas and final applications. The second part of the book documents the grass roots phenomenon that swept across American. 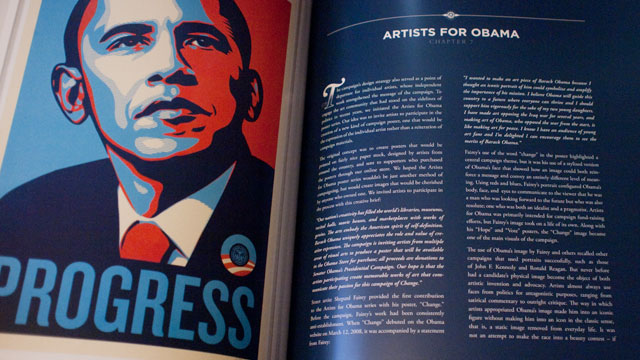